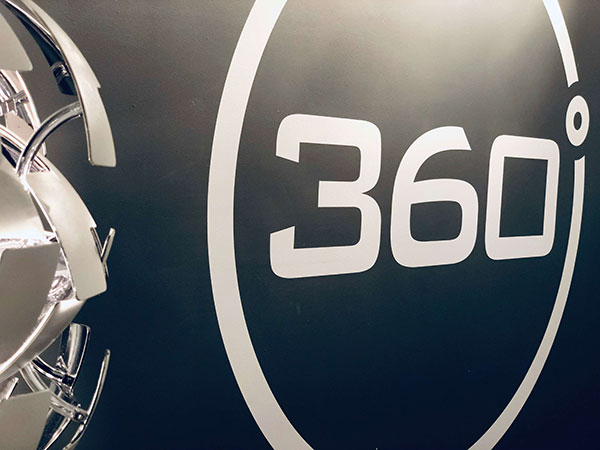 "I've always loved space and rockets and 360ia has been the closest thing to a rocket that we've ever invented," says 360ia founder and CEO, Frankie Russo. "We expect to see not only great growth come from this company, but more importantly great technology and people."

"I'm not new to Inc. Magazines list of fastest growing companies, but being in the top 500 companies is a first for any of the companies I've founded," adds Russo.

Another one of Russo's companies, Potenza Inc., also earned its place on the 2019 Inc. 5000 List, in the No. 2011 spot. This year's ranking marks Potenza's 6th consecutive appearance on the list.

The Inc. 5000 list represents a unique look at the most successful companies within the American economy's most dynamic segment - its independent small businesses. Microsoft, Dell, Domino's Pizza, Pandora, Timberland, LinkedIn, Yelp, Zillow, and many other well-known names gained their first national exposure as honorees on the Inc. 5000. 360ºia will be featured alongside the elite companies that make up the Inc. 500 List in the September issue of Inc., available on newsstands August 20.

Complete results of the Inc. 5000, including company profiles and an interactive database that can be sorted by industry, region, and othe criteria, can be found at www.inc.com/inc5000.

Ready to Get Started?

Tell us a little about yourself so we can help you out!